NaNo?  Anyone?  Do you pre-plan?  I have to.  I'm not a panster.  Well...maybe a little.  So does that make me a panster plotter?  I'm working on my synopsis and outline for a new story I decided to use for National Novel Writing Month.  November 1st...it's on like Donkey Kong.  It's all about the daily word count.  I'll have to handcuff and gag my internal editor.  The important key to remember is to get the story out.  Put it on paper.

So do you plot or pre-plan your story?  Do you make character charts or write out an outline or synopsis to follow as you push through the rough draft?  I'm going to plot with this story.  I haven't always in the past and I've struggled with them.  Hopefully this weekend I can get a corkboard for my notes.  Next week I'll blog out writing space and how it affects your writing.  But I've got about two weeks before NaNo begins and I need to chart my characters, their goals, motivation, and conflicts.  Even though it sounds like a lot of work...I'm excited.

Hmmm...I see that I missed Foodie Friday so I'll do a double dip and include a little food in with my Monday musings.  Pot roast.  One of our favorite go-to meals that is not only easy to make, but a meal I know will be eaten and enjoyed.  I usually buy a double pack of Angus beef chuck roast at Sam's Club and slow cook one in the Crockpot and one in the oven.  I put a packet of onion mushroom soup mix in each pot and mix it with about a cup of beef broth.  I add a small bag of fat baby carrots, mince four cloves of garlic, two medium onions, and chop six stalks of celery and split for each pan/pot.  I lightly sprinkle both roasts with Cavender's All Purpose Greek Seasoning because we love the flavor and it has most of the seasonings that I'd use anyways.  I add a bay leaf and sprinkle about two teaspoons of Italian seasonings in each pan/pot and cover.  I slow cook the one in the oven at 250 degrees for around 5 hours and raise the temp to 400 degrees for an hour until the internal temp is at least 145 degrees as recommended by the USDA.  Rare is usually around 130 degrees but my guys prefer their roast medium.  And if you slow cook it...it's usually just as tender. 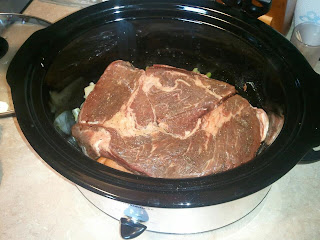 I usually check them both at least once and spoon some of the juice from the pan drippings over the roast for more flavor.  When the roast is finished, I'll put the pan drippings in a sauce pan and heat it up until it's barely bubbling.  Whisk in about a tablespoon of flour for gravy you can pour over the roast or mashed potatoes.  I don't include potatoes in my pans because the guys prefer homemade mashed red potatoes.  I'll quarter potatoes and boil with two tablespoons of butter, a dash of salt and pepper and cook until fork soft.  Drain and mash, adding a stick of butter, two minced garlic cloves, a half cup of sour cream, a cup of cheddar cheese, and a half cup of chopped velvetta.  The guys love fresh baked rolls and I cheat...I thaw Rhodes white or wheat frozen rolls and let them rise.  I'll put them on to bake about 15 minutes before we start dishing up dinner.  Rarely do I hear a peep from the guys...except when they ask for seconds.  LOL.  Several people I know have variations of the same recipe...some brown their roasts for a crust.  Not me.  I tend to find the roast a bit tougher when I do.  I occasionally add fresh herbs when available.

*deep sigh*  Now that the house is smelling soooo scrumptious, it's time to get to work.  NaNo is coming up fast and I'm working to prepare my story.  Today I'm going to start working on a basic synopsis or outline.  I'd like to flesh out my character charts as well.  That usually happens as I squeeze out the rough synopsis.  We have about two weeks to get the basics done before it's time to start concentrating on word count.  I am determined to have a rough draft completed by the end of November.  Hopefully I can have the edits completed by January.  My goal is to go through a round of critiques with my crit partners and then send it to a freelance editor by the end of January.  I've imposed a personal deadline to have it ready to either submit or self-publish by March 1, 2013.  I'm still not sure which I'll focus on yet.

Okay...enough rambling. Off to work I go!
Posted by Chelle Sandell at 1:24 PM 4 comments:

*sigh*  That title doesn't look right.  I am such a dork when it comes to grammar.  LOL.  But Wednesdays are going to be for my writer friends and anything writer related.  I didn't have time to message anyone about guest blogging...but feel free to contact me if you're a writer and interested in taking over the blog on an upcoming Wednesday.  My email is chellesandell@sbcglobal.net .  You can write about your journey, call story, struggles, craft...whatever you can think of that has affected you as a writer.

Anyhoo...my week has been full (nothing new) with milestones and education, so absolutely nothing has been accomplished on my chapter.  Grrr.  My man/child has reached a major milestone and moved out on his own this week.  *sob*  I was a good mom though and waited until he left to lock myself in the bathroom and bawl.  Even better...I didn't call or text every five minutes to see if he was ok.  He did say that his first night was quiet and spooky.  Poor guy.  Not.  LOL.  But I do remember my first apartment and how I slept with the television on at night...for years.  :)  And my little man is starting to sound normal again after having his tonsils out.  He is also beginning to adjust to his online school schedule.
Posted by Chelle Sandell at 11:46 AM 2 comments:

Heh.  I was griping Friday about waking up cold...it's at least 10 degrees colder this morning.  But I almost shook with glee when I changed into my pink flannel reindeer jammies.  *squeeee*  My cowboy couldn't hold back a grin, knowing how much I LOVE my jammies.  How did your weekend go?  Ours was looong.  Yes, I'm one of those that almost always welcomes Monday.  Especially after a weekend packed full of friends and fun.  A friend flew in from Georgia to visit for the weekend and we had several more come over to grill out and watch college football.  I spent the day yesterday trying to pick up and put the house back together.  And today?  I love the peace and quiet.  But it also means it's time to get back to work. 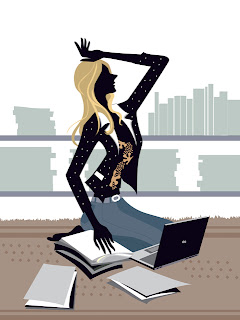 With all of the excitement and house full of guests, I didn't get any writing time.  So today will be spent catching up on school assignments and I am determined to scrape out time to write.  How do you work through time obstacles?  The key for me is to keep trying.  Perseverance.  It helps that I'm stubborn.  ;)

Have a productive week!!
Posted by Chelle Sandell at 10:09 AM 4 comments:

First of all...TGIF!!  I woke up freezing this morning. Brrr.  Our temps went from mid 80's at the beginning of the week to the 50's this weekend.  The morning news even mentioned the word snow in the northern part of the state.  *sigh*  Typical Oklahoma weather.  I wore shorts yesterday and will pull out my Ugg boots for this weekend.  Little Man was supposed to have a soccer game on Saturday but he won't be able to play for one more week because of his surgery.  We'll still have to go for team pictures though so I guess I'll venture out to the storage building for our winter clothes.  And we have a friend coming to visit for the weekend from Georgia so we'll get to bake/grill all kinds of tailgating goodies and overdose on some serious football game play. 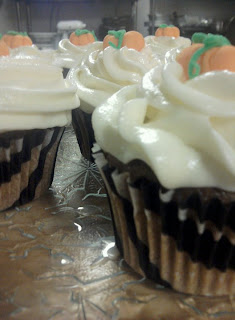 I'm hoping to slip in some writing time even with a full weekend planned.  My short term goal is to get a synopsis rough draft finished so I can post it to my critique groups.  Hopefully the conflict will be strong enough and I can get the plot fleshed out and the character charts ready for NaNo.  As part of my long term goal to work more on my writing skills, I'm planning to begin a blog series on Wednesday of next week where I have guest writers, published and unpublished, talking about craft or their writing journey.  Maybe we can get a few to inspire us with their call stories and how perseverance paid off.

Have a relaxing, peaceful weekend!!

Chelle
Posted by Chelle Sandell at 7:15 AM 2 comments: 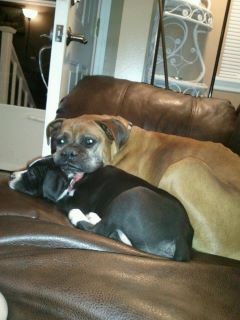 *yawn*  I can already tell...today will be a loooong day.  Our sweet, adorable, lovable dogs woke me up at 3:30 am.  Grrr.  Once I was able to snuggle back down in bed, warming my feet against the Cowboy's leg, his alarm went off.  *sigh*  I tried, really tried, to go back to sleep.  Didn't happen.  But I guess it's a good thing, I have a ton of homework and a chapter that needs work.  I'll definitely get in more than my required 15 minutes in this morning towards our challenge.

Another challenge fast approaching is National Novel Writing Month from November 1st - 30th.  I've tried the book in a month event a few times and only finished once.  I think I'll go for it this year using a new idea for book one in a series that popped in my head recently.  I was going to try to write this particular book for the Harlequin SYTYCW contest but life intervened.  Little Man had his tonsils taken out and Harley, our oldest boxer rescue, is having some serious medical issues which require me to actually pick him up (65lbs) and carry him outside when he needs to *ahem* relieve himself.  So I have two sickies on my hands right now that I'm basically waiting on hand and foot and force-feeding.  But Savvy Authors have two events scheduled for NaNo.  I'm thinking I'll participate in their co-sponsored event with Entangled Publishing.  Anyone else going for it again this year?
Posted by Chelle Sandell at 7:44 AM 2 comments: